10 Reasons to Learn Java Programming Language in 2022 and Why Java is Best? 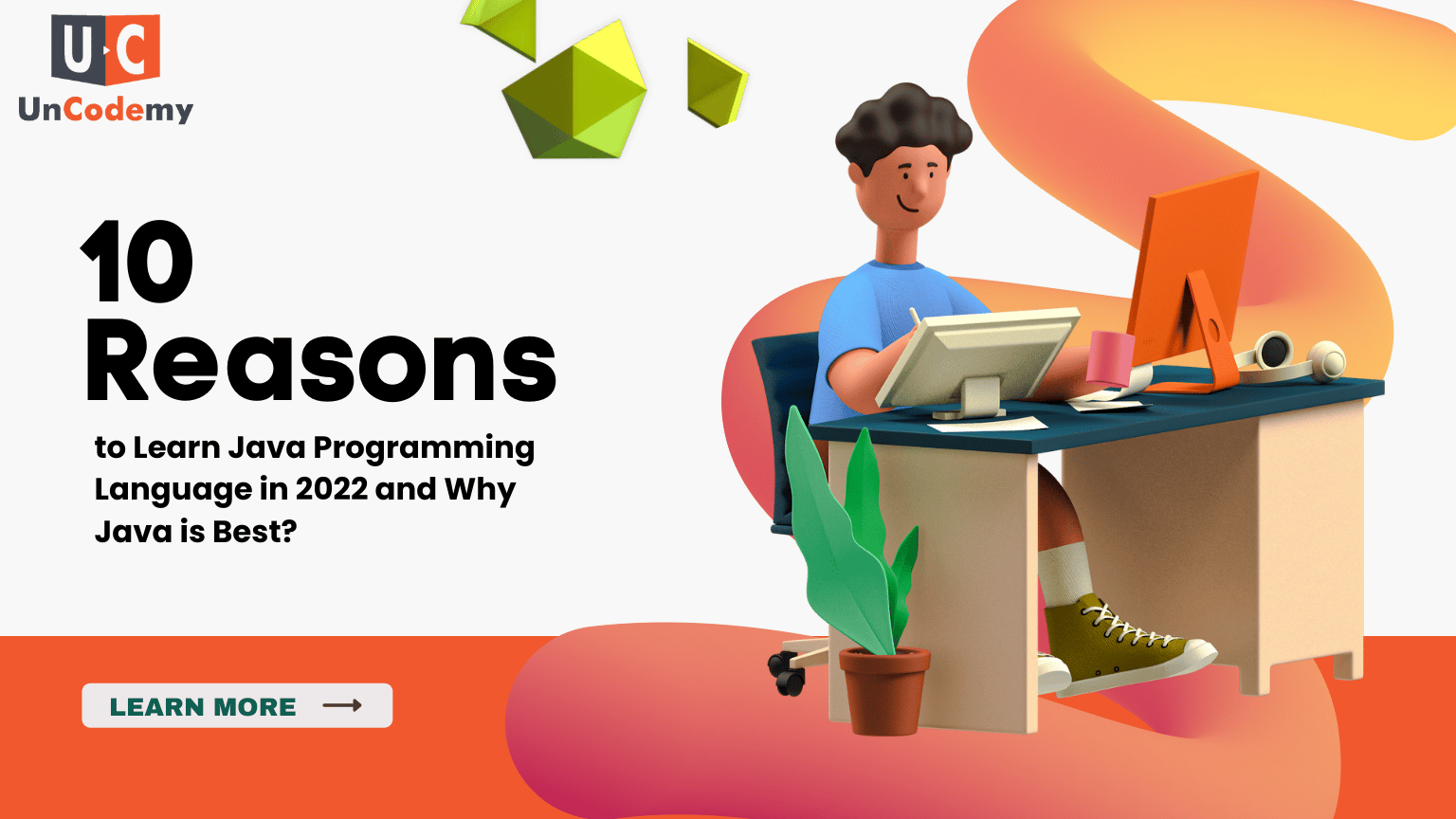 10 Reasons to Learn Java Programming Language in 2022 and Why Java is Best?

Java is one of the best programming languages ever created, as demonstrated by its performance over the last 20 years. Two decades is a long time for any programming language, and Java’s popularity has grown with each passing day. Though there are times when Java development is slowed, Java has performed admirably. Previously, with game-changing changes such as Enum, Generics, and Autoboxing in Java 5, performance improvement with Java 6, functional programming with lambda expressions in Java 8, and Google’s choice of language for Android app development, Java has maintained its position as a front-line programming language.

Some of the most common advantages of learning Java for web and mobile developers are listed below.

According to Statista, Java is one of the most popular programming languages among developers around the world. Java is the primary backend language used by the vast majority of Android apps.

Android app development is becoming more popular as the demand for Android-based smartphones grows. As a result, more and more app development companies are looking for Java experts.

Java developers are among the highest-paid professionals in the IT industry due to the language’s widespread use. According to Glassdoor, the average annual salary for a Java developer in the United States is $93,118.

3. Beginner-friendly and less difficult to learn

One of the most important advantages of learning Java is that it does not have a very steep learning curve. If you are familiar with its predecessors, such as C++ or C#, you will find it easy to learn Java syntax.

It can be difficult to learn a new programming language. There are numerous things that a developer must learn, ranging from syntax to structure to the programming interface. You can take a java course in Uncodemy a java training institute Noida.

Java is based on the Object-Oriented Programming concept, and because it is a higher-level programming language, beginners usually find it simple to learn and understand. However, this is also dependent on each developer’s learning capacity. The best java training course in Noida would be Uncodemy, where you can take a java course training.

4. There are numerous resources available to help you learn Java

There are numerous online courses and resources available to help you learn everything there is to know about Java. At Code Gym, you can learn Java from the ground up, with a variety of practice sessions available. It also allows you to validate your code right away, which speeds up your Java learning process.

Aside from that, there are several coding boot camps dedicated to the Java programming language. This makes studying Java extremely simple for anyone who wishes to learn it.

Because Java is a well-known programming language, you can expect your questions to be answered on the Stack Overflow community and you may also use open-source libraries from GitHub

The Java community is ever-expanding, as evidenced by Stack Overflow, Java Forums, and other online learning forums. There are also numerous Java resources on the internet, such as GitHub and Stack Overflow, to answer all of your questions and address any errors.

You can also use and learn from community-generated content. A good example is Code Gym’s Java blog, where your peers post helpful articles to help you brush up on your Java skills.

6. Cross-platform language with a small set of constraints

Java can be used on a PC, mobile device, or Internet of Things device or technology, among other platforms. The Java Virtual Machine (JVM) is also at the heart of Android mobile app development.

As a result, if you want to pursue a career in Android application development, understanding and learning Java should be your first step.

7. There are numerous public libraries available

Java programming has its own set of benefits. The availability of various open-source libraries that you can use in your applications is the most important. As a result, you may not even need to code from scratch for many modules.

Instead, you can simply use open-source code and incorporate ready-to-use functionality into your code.

Apache Commons, Google Guava, and others are examples of open-source libraries that support Java.

8. Java has a robust API

Java has a large Application Programming Interface (API) library, including Java Stream and others, which is useful for developing apps without knowing how they are implemented on the inside. These APIs are used for almost everything, including networking, I/O, databases, media, XML parsing, voice synthesis, and so on.

So, if you want to include voice synthesis in your project, you don’t need to know the entire code that went into it; instead, you simply need to include its API in your code.

According to IDC industry analyst Al Hilwa, Java was chosen by more than 90% of Fortune 500 companies to develop a large number of backend apps.

One of the reasons Java is so popular among individual programmers is that it is available for free via the Oracle Binary Code License (BCL). This implies that Java is free for development and testing environments, but commercial use requires a small fee. If a programmer wants to learn a programming language or a company wants to use technology, the cost is an important consideration. Because Java is free, to begin with, you do not need to pay anything to create a Java application.

This freebie also aided Java’s popularity among individual programmers and large organisations. Another important factor that influences an organization’s decision to use Java for strategic development is the availability of Java programmers.

If you want to learn Java from the ground up without any prior programming experience, the Uncodemy, a java course in Noida is for you.